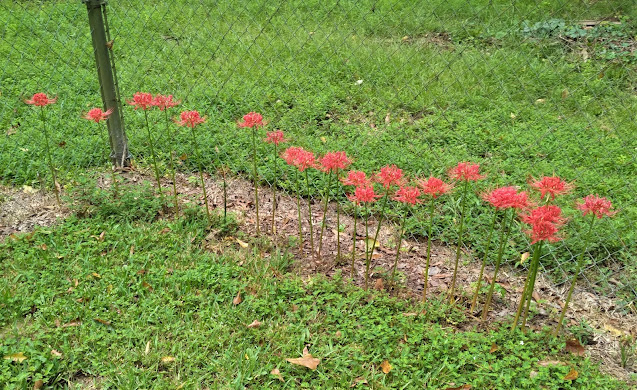 Here is a photo of lilies in our back yard.

I had always called them Rain Lilies because they pop up after rainstorms, but an on-line check tells me that they are Red Spider Lilies (Lycoris Radiata).

When I said pop up, I meant that literally.  They go from invisible to bundles of blooms on a 16 inch stem in less than a day.

I don't know where they came from - we never bought any, so they probably hitchhiked in on something we did buy.  I don't do anything to encourage them, in fact the brown in the fence line just behind them is the result of spraying weed killer a few weeks ago.

The particular blooms seen here were generated by what rain we got from Tropical Storm Beta. 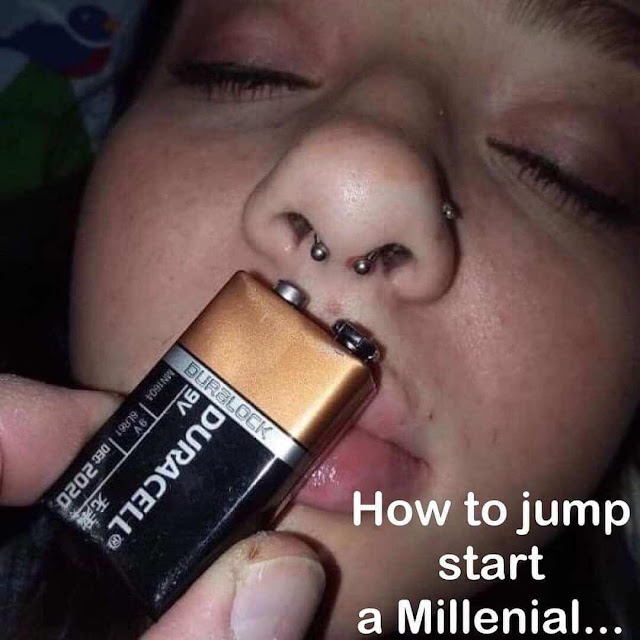 I have been playing around the edges of an idea for the past few days, and finally decided to try to write it down.

Can an analogy be made between the changes in society and changes in transportation?

Let's say you want to go to California.  Never mind why - that's a topic for another day - let us just agree that you want to go.

Up until the mid-1800s you would simply set out walking, or riding if you were wealthy enough to own a horse. Somewhere about the Mississippi River, you might catch a ride on a packet boat headed up the Missouri or the Platte, or you might join up with a wagon train headed west.  The alternative would be to catch a schooner sailing around the horn of South America that would eventually dock in San Francisco.  Either way, you were looking at a danger-filled journey of six months to a year.

Somewhere after 1870, you could just take the train - assuming you had the $136 for a Pullman sleeper, or as little as $65 for a third class ticket that got you a seat on a wooden bench. Accounting for inflation, that $165 in 1870 is equivalent to just over $2000 today.

The first transcontinental commercial flight was in 1911, and took three and a half days, but it wasn't until January 1959 that the first scheduled commercial jet flight went from coast to coast. That flight would set you back about $170 which translates to $ 1138 today.

All that goes to say that getting there in the past was something of value - something you had to expend money and/or a hell of a lot of effort to achieve.

Today's young adults would just fly using their parent's credit card, or go on line and get there (virtually) for nothing.

A Tale of Two Cars 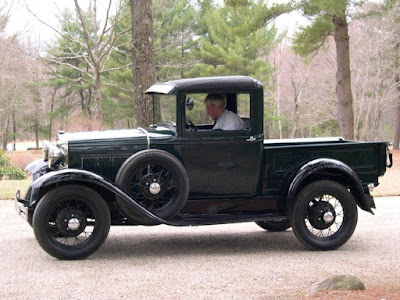 I got to drive it home from North Shepherd in Houston to our barn in Liverpool, Texas.  Then my dad and I took it apart and laid all the parts out in the barn.  "Put it together and make it run," he said, "and you've got yourself a car."

I owned five Model A's and one Model B over the next few years - most of them rescued from fields and barns.  I kept the best parts and cleaned them up enough to sell. The proceeds helped keep me in gas money.

My Dad's first car was a Model T Ford. 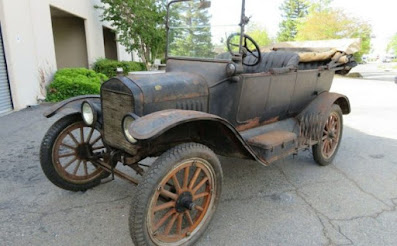 He and his brother built the whole thing from parts they scrounged from the Camp Logan dump, just down the road from where they grew up on Washington Avenue.

He had quite a few stories about that old jalopy, but probably the most impressive was this one:

They had driven the thing to Crockett to visit relatives and about the time they got there it started knocking.  They knew they were about to throw a rod. They did not have extra rod bearings, and no money to buy any, so they replaced the worn out bearing with a piece of pork rind and made the 120 mile trip back home.

One year ago today we woke up to knee deep water in our home.

All the repairs have been completed and we are scheduled to replace the old windows and complete the finishing touches on the outside of the house next week.

That may not happen now because..... 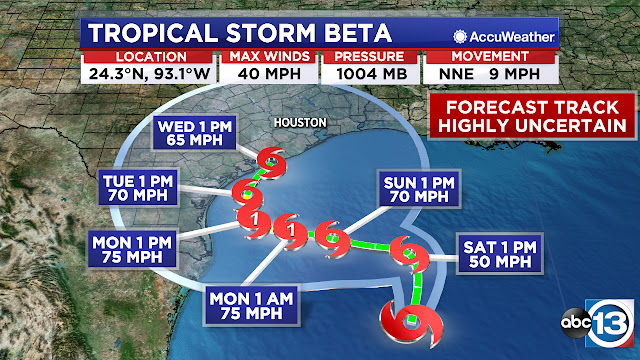 Not Exactly A Home Run 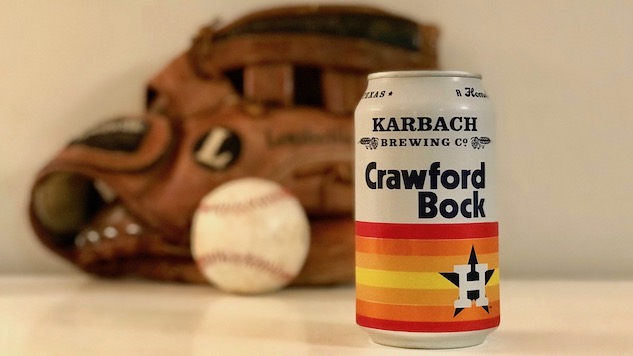 I don't drink much anymore.
Over the past year or so, I've probably averaged maybe one beer a week, but I've always preferred dark beers.

My current favorite is Dos Equis Amber, and one of my favorite memories of Ricoh schools in Los Angeles was sharing pitchers of Bass Ale with the head of the training center.

All that being said, I really looked forward to trying Crawford Bock.  I appreciated the clever name and the tie-in to the Houston Astros and the Crawford Boxes in Minute Maid Park's left field.

I really wanted to like it, but I don't.  If it extremely cold, it is almost drinkable, but it has a weird whang to it.  For some reason, it reminds me of cilantro.

Yesterday was the real Mexican Independence Day - the day they celebrate their independence from Spain.

Unlike Cinco de Mayo, it gets hardly a mention here in the USA. I saw only two posts on Facebook, and no ads for specials on Margaritas.